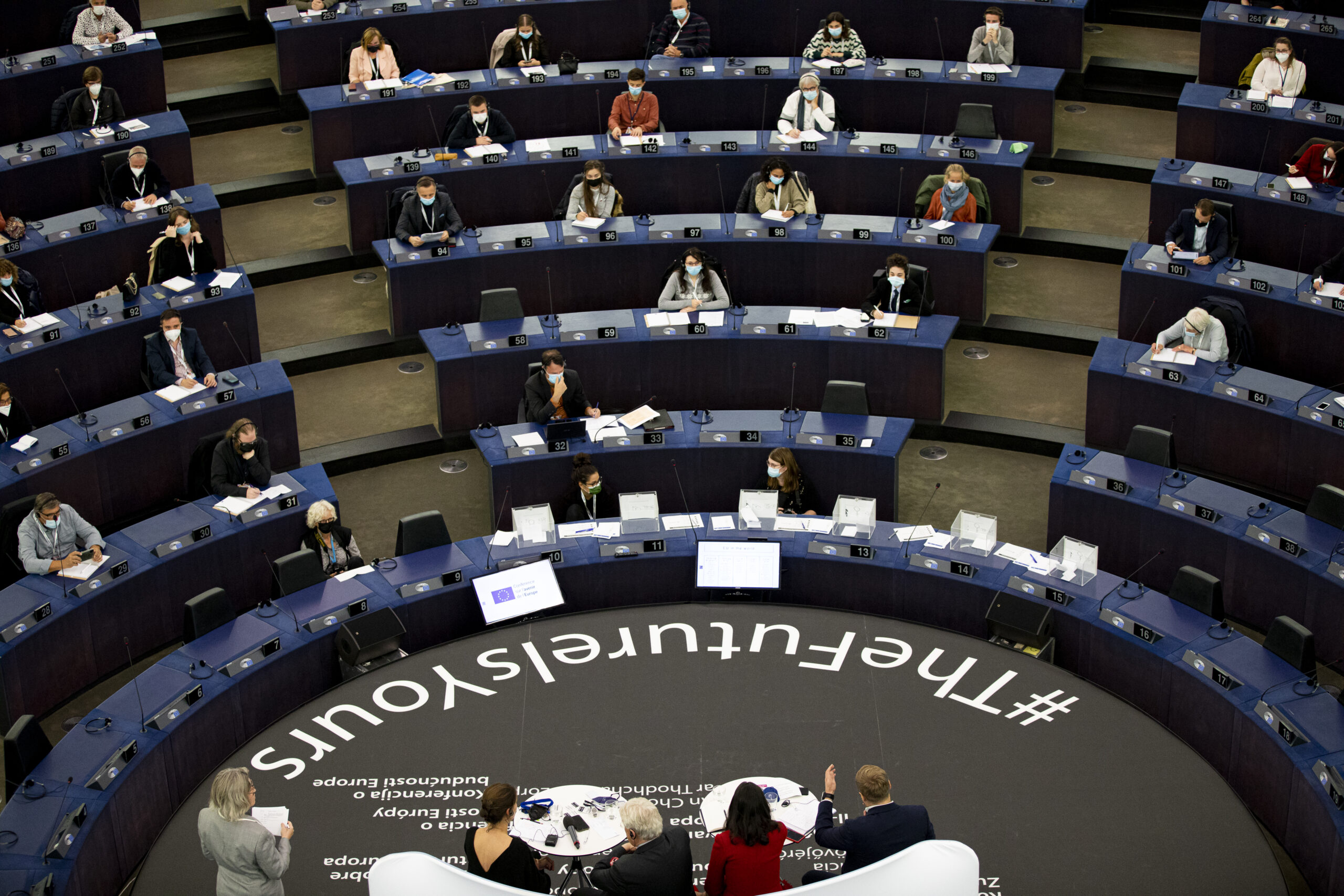 Policy brief: Lack of progress on rule of law will render the enlargement a dead end, by European Western Balkans (EWB), 12 October 2021

Authors stressed that for both, the EU and the Western Balkans the year 2021 marks a juncture with the start of the Conference on Future of Europe, as well as the hope for a first intergovernmental conference making the long-awaited start of the EU accession negotiations with North Macedonia and Albania.

“The rule of law and the enlargement must be put high on the agenda of the Conference on Future of Europe as it is also about the future of the Western Balkans. Secondly, the EU and its member states need to increase efforts to promote the rule of law in the Western Balkans and
call democratic backsliding by its name, including more substantial political consequences, and thirdly, pursue the renewal of transatlantic cooperation for this purpose“, said recommendations.

The authors recalled that by introducing the new Enlargement Methodology, the EU aimed to revitalise the enlargement policy towards the Western Balkans, making the process more credible and giving it a stronger political agenda.

They assessed, that the EU Member States, as well as the EU, are still too often reluctant to call democratic backsliding by its name and instead, publicly embrace minor reform steps as promising signals.

“While the progress of the Western Balkan countries is mixed, it is especially worrisome that the ’frontrunners’ in the process that are negotiating already with the EU (Montenegro and Serbia), have not implemented required substantial reforms in the rule of law Chapters 23
and 24”, the report reads.

The authors stressed that a lack of progress and the worsening public, opinion within the EU member states towards the accession of the Western Balkan countries will otherwise render the process a dead end.

According to researchers, previous enlargement rounds have shown that only a transatlantic coordinated approach can safeguard the integrity of anti-corruption institutions from political interference.

“Furthermore, the EU and US should jointly call out in cases civil society organizations and journalists are attacked for fulfilling their scrutiny work and press for a decrease of media concentration in the region”, the authors stressed.

They added that promoting media pluralism is more important in light of the presence of external actors such as China and Russia, who exploit the situation to spread disinformation against the EU, often without sufficient counter-efforts from the side of the public institutions in the Western Balkans, as the COVID-19 pandemic has shown.

The Policy Brief is published in the framework of the WB2EU project, which aims at the establishment of a network of renowned think-thanks, universities, higher education institutes, and policy centers in the Western Balkans, neighboring countries, and EU member states that will be most decisive for the enlargement process and Europeanisation of the region in the upcoming years. The WB2EU project is co-funded by the European Commission under its Erasmus+ Jean Monnet programme.