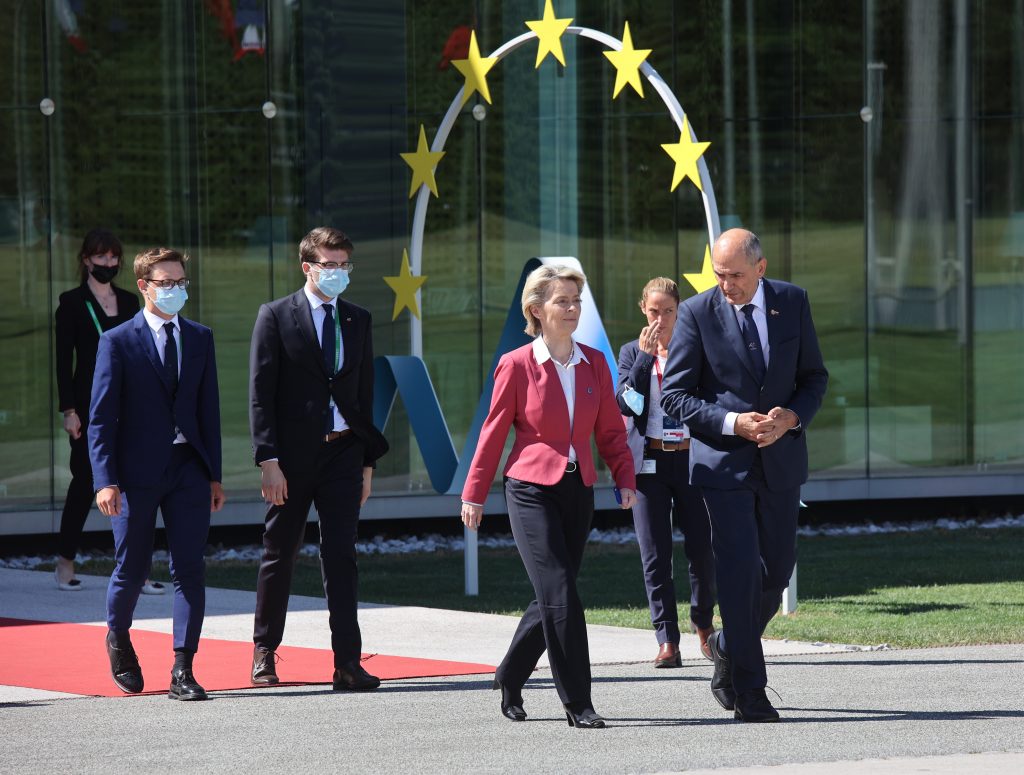 VIENNA – The Western Balkans is perhaps Slovenia’s most important strategic region. A next round of EU enlargement would therefore bring immense benefits to Slovenia in terms of trade, investment, political stability and security in the region, emphasise the authors of a policy brief published by Austrian Institute for International Affairs (OiiP).

The brief, titled “What can the Slovenian Presidency of the Council of the European Union do for the Western Balkans?” stresses that, after the various EU as well as domestic crises, Slovenia became less of a political actor in the WB. Still, it continues to enjoy a relatively positive image in the Western Balkans and is in the position to share its valuable experience with EU accession.

The authors recommended, primarily in the context of the recently held EU-Western Balkans Summit, that the Slovenian Presidency should promote the geopolitical importance of the region for the EU amidst the enlargement fatigue, promote the new investment plan as an economic backbone for the ”Open Balkan” initiative. Also, to prove critics wrong, the Slovenian government should promote a positive narrative on the EU-Western Balkans relations and raise awareness regarding the negative prospects for the whole region due to Bulgaria’s veto to North Macedonia.

In addition, certain priorities of the Slovenian Presidency of the Council of the European Union, such as resilience to health crisis and cybersecurity, that have gained in importance during the COVID-19 pandemic, go hand in hand with the EU’s strategy on WB, the authors assessed. The same goes for the issue of migration.

“One of the specific trajectories that goes hand in hand with the question of mobility, economic migration and broader security paradigm is the question of the illegal migration, as the 2015/2016 Balkan route showed how ineffective policies can be if countries do not work together. In this context – and in line with the new types of uncertainties deriving from the withdrawal of the U.S. from Afghanistan – Slovenia could exploit further the EU Council presidency and pursue the idea of working together regionally in order to manage the regional borders and control illegal immigration”, the paper reads.

The SDS-led government in Slovenia, which took office in early 2020, highlighted geopolitical challenges from countries such as China and Turkey. However, it also aligned with the Donald Trump administration, the illiberal regimes of Fidesz in Hungary and PiS in Poland, Aleksandar Vučić in Serbia and Milorad Dodik in the Republic Srbska, the authors stress.

“This was the context in which the non-paper on the ‚Plan B‘ for the WB proposing new borders in the region along ethnic lines was published in April and was attributed to Slovenia”, the policy brief reads, reminding that the government denied having anything to do with it.

According to the authors, the non-paper probably did not intend to actually change the borders since this would go against the development of norms and rules since the Second World War and would most probably trigger new conflicts.

“Nevertheless, by supporting the ideas of ethnic borders and of Great Serbia, Great Albania and Great Croatia it assisted nationalist status quo players in those countries, who also enjoy support of third countries. In contrast, it further pressured the multinational states, such as Bosnia and Herzegovina, Kosovo and North Macedonia, where support for the EU is currently the strongest”, the paper reads.

It reminds that the criticism against the non-paper was fierce in the Atlantic community.

“The new US administration under Joe Biden specifically threatened any actors that would attempt to destabilise the Western Balkans with sanctions. The other reactions from Russia, Turkey together with another non-paper from Zagreb (the latter which Slovenia officially supported called for a stronger role of (Bosnian) Croats in Bosnia and Herzegovina), show that geopolitical challenges persist”, the paper reads.

EU losing its transformative power, Slovenia no longer the best example of transition

“In the last 10 years there has been a growing impression that the EU has lost its transformative powers. The weakening of the pull and push powers for the integration have been explained in terms of the triple C crisis: weakened Conditionality, Credibility loss and higher Costs to domestic elites”, the brief reads.

Slovenia was also heavily affected by the various crises and is no longer the lighthouse of transition to the liberal democracy and Europeanisation for the region it used to be, the brief also analysed.

“The government led by Janez Janša of the Slovenian Democratic Party (SDS) that presided the Council of the EU back in 2008 recently used the fight against COVID-19 as pretext to interfere with the independent state institutions and free media and further align with illiberal regimes in the region and beyond resulting in tensions with the EU institutions”, the authors stress.

They add that democratic backsliding in the candidate and potential candidate countries and some of the new EU members from the CEE (including Slovenia) have strengthened the need of enhanced conditionality, potentially extended beyond accession and including member states conditionality in terms of rule of law

The Policy Brief is published in the framework of the WB2EU Project, which aims at the establishment of a network of renowned think-thanks, universities, higher education institutes, and policy centers in the Western Balkans, neighboring countries, and EU member states that will be most decisive for the enlargement process and Europeanisation of the region in the upcoming years. The WB2EU project is co-funded by the European Commission under its Erasmus+ Jean Monnet programme.