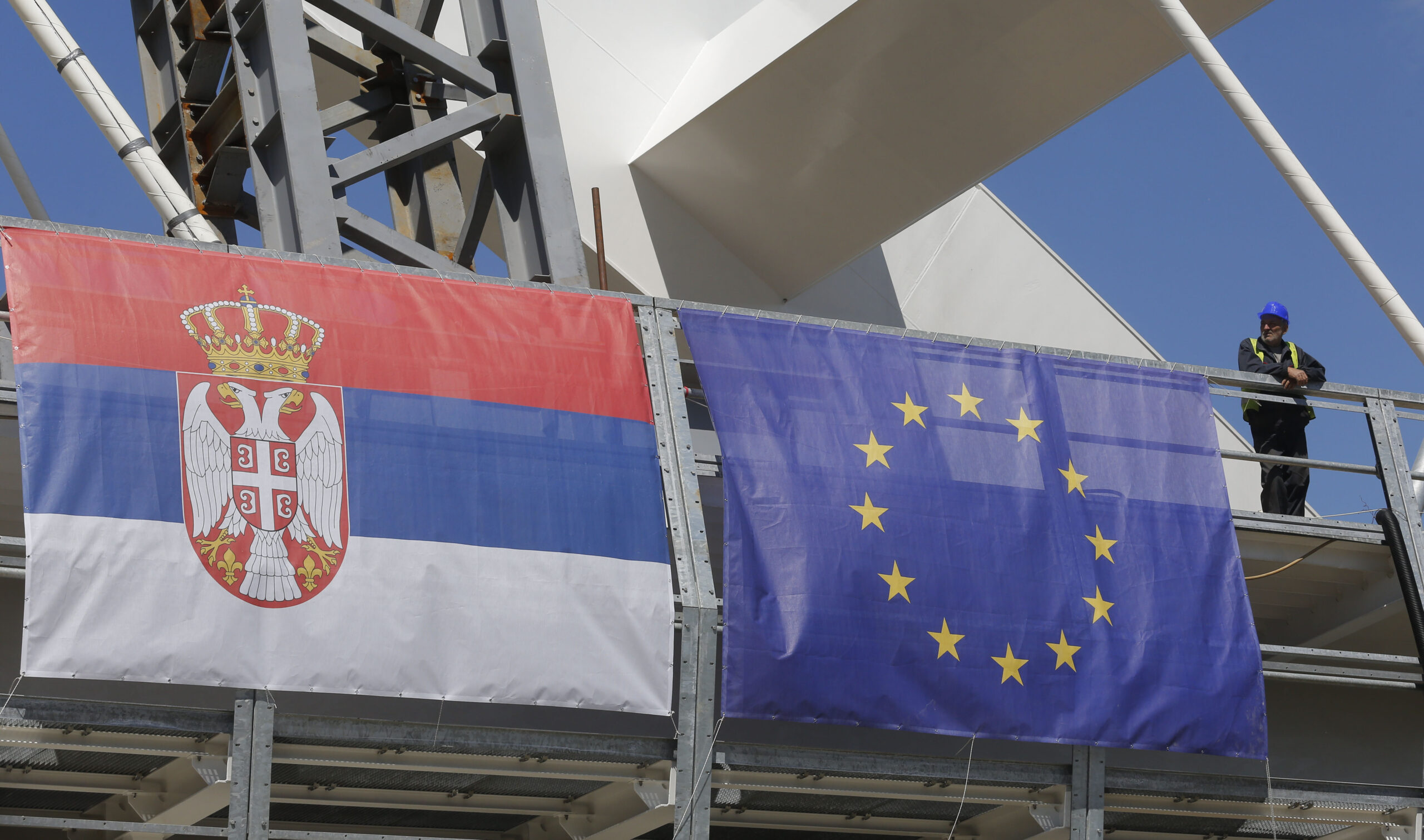 Policy Brief: EU still has some mechanisms which could influence rule of law in Serbia, by European Western Balkans (EWB), 19 November 2021

VIENNA – Constant postponing of the reforms in Serbia in the area of the rule of law showed to be crucial for the poor results in the accession process to the EU, concluded the Policy Brief “Rule of Law and Justice – Case Serbia“, published within the WB2EU Network.

According to the author, not opening a single negotiating chapter last year is a clear sign to Serbian authorities that the necessary reform must take place prior to any possibility of further accession.

“Any trade-off between the rule of law and resolving the Kosovo issues, highly desired by Serbian political elites, must remain only wishful thinking since there should be no shortcuts to modern democratic and accountable society that Serbia finally needs to become”, said Policy Brief.

The author stressed that on the other hand, the EU still has some mechanisms which could influence the situation in Serbia.

“Since the EU is still, contrary the popular belief, the biggest provider of foreign aid and investments in Serbia this can be used as a tool to put additional pressure on the ruling elites in order to improve the state of the rule of law. This conditional, which exists to a certain extent, is maybe the best way to influence the political flows in Serbia which cannot be defined as fully democratic. This will bring into the light the true character of the current political elites and show their readiness for reforms”, said Policy Brief.

The author stated that the ruling party in Serbia, by organising early elections almost every two years, is keeping the society in the constant electoral campaign with huge abuse of state functionary positions.

“The legal framework and practice regarding elections, the election campaigns, oversight and funding of the campaigns need to be improved. Changes are needed in the Law on Financing Political Activities and in the regulation of ‘Functionary campaign; the rules to prevent misuse of public funds have to be improved”, the Policy Brief recommended.

The second recommendation is linked with law enforcement agencies that must start working together to fight organized crime, money laundering, and other forms of serious crime.

“Furthermore, they should focus on preventing connections of the organized criminal group with politicians and political organizations”, the author recommended.

Policy Brief explained that although state officials convinced the public that the fight against organized crime is ongoing and successful, it is quite obvious that this is not the case.

The author named the case of Jovanjica, in which the police arrested the owner of the biggest marihuana plantation in Europe, and another case, which even more disturbed the public, the arrest of the so-called Belivuk Clan.

“This fight is being directed only against certain parts of the organized crime network which are not connected with the ruling elites or which became too strong and need to be disciplined.

For tackling all the elements of corruption and organized crime as well as the abuse of power strong, according to Policy Brief, the independent judiciary is condition sine qua non.

“Unfortunately, this is something that never existed in Serbia through its history…Therefore, it is very difficult to establish the tradition of an independent judiciary in such a country. Moreover, it is difficult because Serbia does do not have a clear political will for such an endeavor. Selection and appointment of judges and prosecutors was always under the heavy influence of the political elites – currently parliament”, the Policy Brief explained.

The author recalled, that the demand of the European Commission, within the negotiating Chapter 23, to amend the Constitution in that regard that the judges themselves should have a weight word in the selection of their colleagues was obvious. This was officially accepted by the Serbian government and even introduced in the Action Plan for Chapter 23 with the deadline for constitutional amendments in 2017.

“All the amendments of the Constitution, although very necessary as well as a step forward in EU enlargement negotiations Chapter 23, must be put on hold until democratic fair elections can take place and return legitimacy to the Serbian Parliament”, Policy Brief recommended.

The Policy Brief is published in the framework of the WB2EU project. The project aims at the establishment of a network of renowned think-tanks, do-thanks, universities, higher education institutes, and policy centers from the Western Balkans, neighboring countries, and EU member states that will be most decisive for the enlargement process and Europeanisation of the region in the upcoming years. The WB2EU project is co-funded by the European Commission under its Erasmus+ Jean Monnet programme.