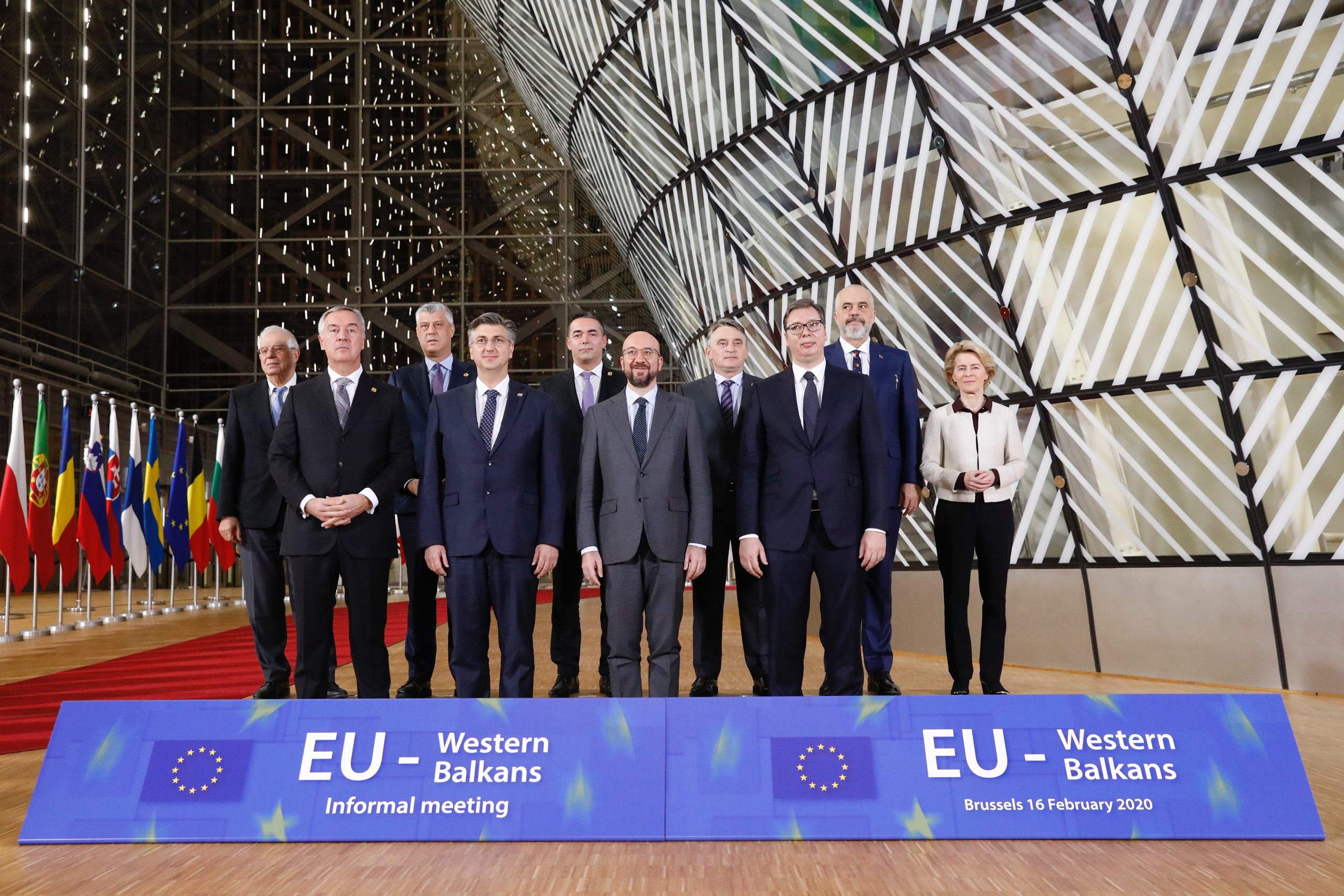 Non-Papers and the Elephant in the Room: Rule of Law in the Western Balkans, Op-ed by Jovana Marović & Nikolaos Tzifakis, European Western Balkans (EWB), 23 July 2021

While the European Union has initiated a yearlong Conference on the Future of Europe that gives the floor to its citizens to debate contemporary challenges and prospects, another dialogue is in parallel held about the future of the Western Balkans. However, the latter is neither public, nor participatory. It has been launched through the release of non-papers.

The most radical ones were unsigned and undated. The first (in order of appearance) and most notorious presented as panacea to the region’s problems is based on the terrible idea of multiple changes of borders to create Greater Albania, Greater Croatia and Greater Serbia.

The second (admittedly, much more conventional) non-paper proposed the establishment of an Autonomous District in North Kosovo as part of a deal to resolve the ongoing conflict between Belgrade and Pristina.

While such a structure might assuage some of the fears of Serbs residing in North Kosovo, its creation would be very challenging given that the Belgrade-Pristina dialogue has already stalled over the establishment of the Association/Community of Serb majority Municipalities in Kosovo.

The disclosed authorship and ownership of these non-papers raise obvious questions of accountability and legitimacy. Yet, this is not their main deficiency. Arguably, the very logic of releasing a non-paper is to test the merits of a fresh idea or proposal.

And no-one claims that the Western Balkans are not in desperate need of more attention and out-of-the-box approaches to their long-lasting problems.

Indeed, those non-papers’ release coincides with a widespread acknowledgement that the policy of EU enlargement is deadlocked, largely due to the lack of interest and energy by both the European Union and the leaderships of most Western Balkan countries.

On the one hand, in recent years, the European Commission has issued several documents to revitalize the integration process, from the so-called strategy for a credible enlargement perspective of the Western Balkans of 2018 to the new enlargement methodology of 2020.

In practice, though, these policy revisions are little more than an additional complication to the enlargement process to the extent that new instruments are not accompanied by an increased political engagement of the EU on the ground.

In addition, EU policy “revitalizations” have not helped to overcome the primacy of political decision-making over a merit-based assessment of progress. Individual EU member-states are still able to hijack the process in order to promote their national preferences.

Enlargement policy revisions also do not seek to provide any concrete benefits to Western Balkan citizens that could stem from the EU integration of their countries such as the diminution of the GDP per capita gap between the EU average and the Western Balkan countries.

On the other hand, some Western Balkan leaders see the EU reluctance to provide a clear membership perspective as a permission to maintain autocratic practices. In essence, for them, strengthening the rule of law is a means to achieve a certain goal not a goal in itself.

Therefore, they are delivering only the bare minimum of reforms, opting for procedural rather than genuine compliance with EU prescriptions.

Failing to demonstrate its true transformative power, the EU is no longer perceived as an integrative factor, while various plans “calling” for the disintegration of the region are emerging before its eyes, and probably even in its own backyard. In that sense, it could be said that the invasion of new “solutions” for the Western Balkans is a consequence of the EU´s inability to help the region transform itself, in fostering the rule of law and resolving bilateral disputes.

Irrespectively of who hides behind these non-papers, they generate concern because they contain ideas linked to identifiable political trends with supporters in both the Western Balkans and the EU. In other words, they should not be treated as science fiction.

They indeed build on well-known demands by decision-makers, who have become increasingly outspoken during the last years. Even if the propositions contained in the first non-paper are too radical to succeed, they carry the danger of presenting a great evil that might relativize the ramifications of a milder scenario of limited territorial adjustments in Bosnia and Herzegovina or in Kosovo.

These ideas are actually the very opposite of what European integration stands for which is to overcome boundaries and nationalism.

Overall, the main deficiency of these non-papers is that they fall within the wrong, failed paradigm that accounts for the current stagnation in the reform process. They are underpinned by an overwhelming concern about the region’s stability, overlooking the backsliding in democracy and the rule of law.

They seem to treat the impasse in conflict resolution as an obstacle to those countries’ reform efforts, while the exact opposite is the case: semi-authoritarian leaderships nurture ethnic disputes (and capitalize on those disputes’ protraction) to divert attention from their own grip to power.

Both non-papers also take the policy of EU enlargement out of the equation, whose transformative power (when conditionality is employed consistently) should not be altogether neglected. Very importantly, the idea of stabilizing the region without exploiting the promise of EU membership is tempting for member-states who have lost appetite for any new rounds of enlargement.

The EU has long put stability ahead of integration in the Western Balkans, pushing in the background reforms that would improve the well-being of citizens and consolidate democracy. To some extent, the non-papers that have been lately receiving a lot of public attention paradoxically fall within the same (mainstream) approach that has contributed to the reign of stabilitocracy.

Very worryingly, they carry the additional risk of triggering new conflicts and causing an even greater slowdown to the region’s EU accession process. However, what the Western Balkans need is the exact opposite: a more active EU engagement to enlargement and the Union’s reaffirmation of its strong commitment to spread its own values and democracy in the region.

Jovana Marovic is member of the WB2EU network co-funded by the European Commission under its Erasmus+ Jean Monnet programme.