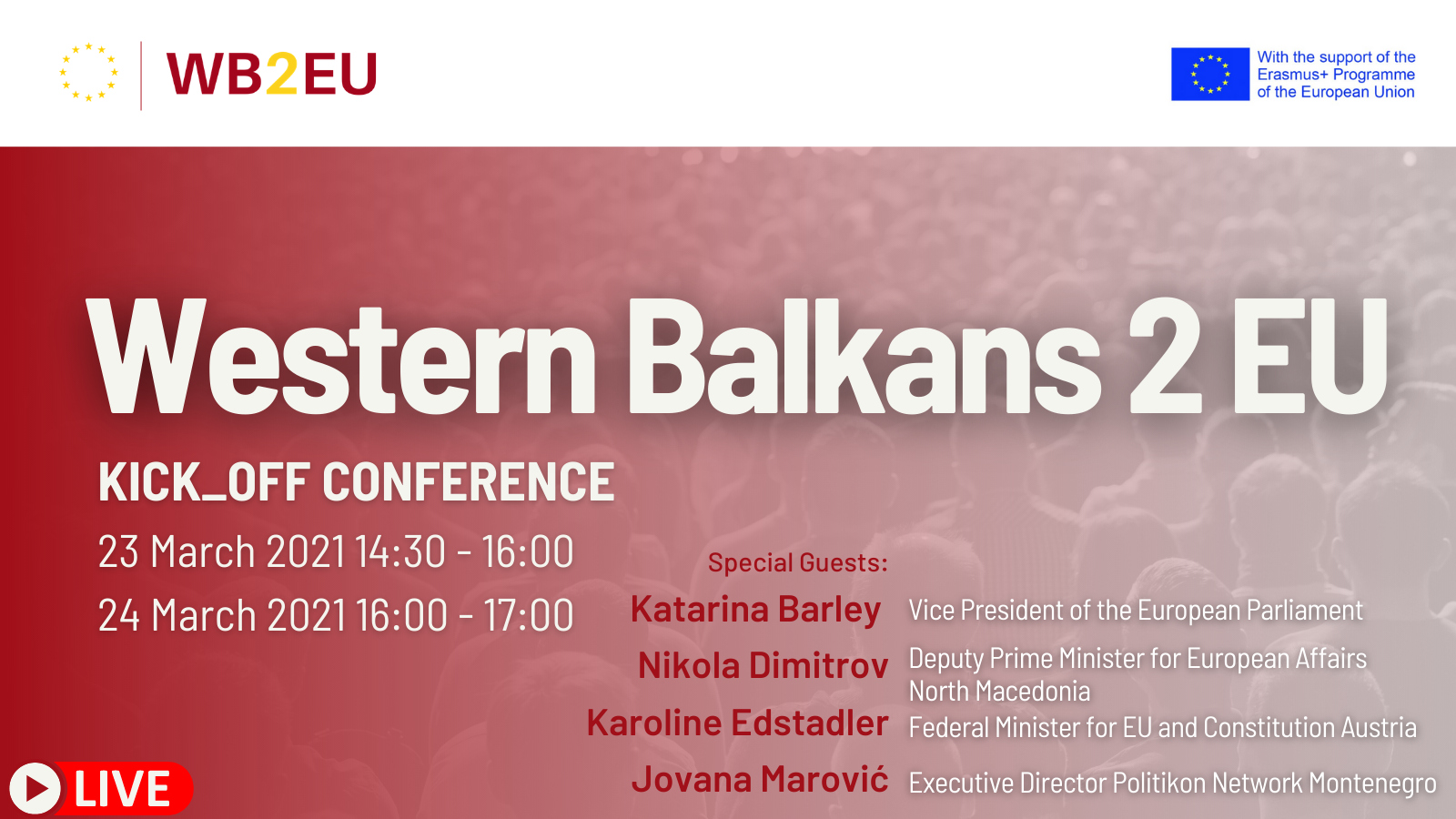 Opening conference of the “Western Balkans 2 EU” project takes place on 23 and 24 March with the livestreams of two panel discussions.

“WB2EU” is a long-term project gathering 17 think tanks and academic institutions from the Western Balkans and the EU and lasting until 2023. The project aims to establish “WB2EU network”, which shall become a reference point in the area of EU Enlargement and democratisation efforts to the Western Balkan countries.

The network will focus on gathering information and research results on EU Enlargement, supporting civic democratic engagement through the publication of a series of policy briefs and op-eds in major media outlets in all partner countries and fostering cooperation and creating a high knowledge exchange platform with public actors.

Panel discussion “New perspectives on rule of law and justice – Where do we stand and what do we need” will take place on Tuesday from 14:30 to 16. Speakers will be Márta Pardavi, Co-Chair of the Hungarian Helsinki Committee, Nedim Hogić, PhD Candidate Sant’ Anna School of Advanced Studies and Nikolaos Tzifakis, Associate Professor, Department of PoliticalScience and International Relations, University of the Peloponnese.

The second discussion, “How to get EU enlargement back on track? Prioritizing rule of law and judicial reform” is scheduled for Wednesday from 16:00 to 17:00 with the speakers Katarina Barley, Vice President of the European Parliament, Nikola Dimitrov, Deputy Prime Minister for European Affairs of North Macedonia Karoline Edtstadler, Federal Minister for EU and Constitution of Austria and Jovana Marović, Executive Director of Politikon Network in Montenegro.

“WB2EU” is a of Erasmus+ Jean Monnet Networks Project and it is supported by Austrian Institute for International Affairs and Austrian Society for European Politics.