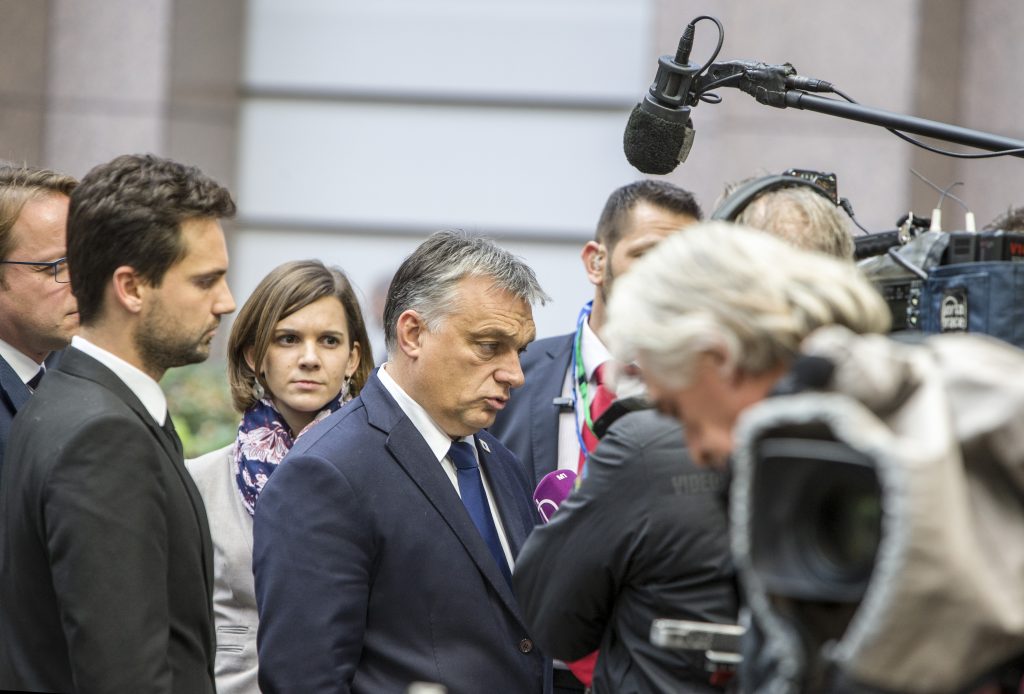 VIENNA – Hungary’s motivation in supporting the EU enlargement process is driven by national interests, but  its own stands on the rule of law, freedom of media and justice at home have actually contributed to an overall slowing down of the enlargement process, concluded the authors of a policy brief published by “WB2EU Network”.

The brief, titled “Hungary, an anti–role model for successful EU integration“, stressed that the EU needs to clearly state that the countries of the Western Balkans should not follow the role model of Viktor Orbán’s illiberal democracy, as he can hamper their accession process.

“Moreover the Western Balkan states need to openly reject the authoritarian-minded ideas. Hungary, which several Western Balkancountries perceive as an honest broker, should closely collaborate with EU member states that have strong ties to the region. Furthermore, this close cooperation should also include countries which are sceptical about a possible EU enlargement to overcome indifference”, the authors recommended.

According to the policy brief, the EU institutions have to stand up and defend their values, because if the European Commission cannot keep its role as a guardian of the treaties, it will lose credibility, and it will further fuel resistance within the EU against the accession process of the Western Balkan countries.

The brief assessed that Hungary’s motivation in supporting the EU enlargement process is driven by national interest.

One of the reasons for Hungary’s involvement in the region are strong economic links and interests.

“Over the last years, Hungary had an interest in strengthening economic ties and in increasing trade with the Western Balkans. For example, the Hungarian Export Promotion Agency has launched a Western Balkan Investment Scheme in 2020 with an overall available budget of 7
million Euros for Bosnia and Herzegovina, Montenegro and Serbia”, the brief reminded.

It added that the Hungarian government is looking for politically like-minded partners in the region.

According to the authors, enlargement is a policy area where Hungary can pursue a distinct independent foreign policy.

“Hence, the enlargement is a national interest, which is pursued by Viktor Orbán to style himself as a personal role model for the entire Western Balkan region”, the authors stressed.

They assessed that Hungary is perceived by some Western Balkan countries as an honest friend.

“Although the case of former Macedonian Prime Minister Gruevski, who fled the country to Hungary with the assistance of the Hungarian embassy in Tirana to avoid a jail sentence and was immediately granted political asylum in Hungary in 2018, was criticized by some countries,
it seemingly had not developed into an obstacle or effected the countries relations negatively. Not for all political politicians in the Western Balkans Orbán might be considered as a role model, however, he is well-regarded for acting in the interest of the Western Balkan states
in relation to the continuation of the enlargement process“, authors wrote.

It has to be made clear to the Western Balkan countries that Orban is a negative role model, the brief recommends.

„Hungary’s scepticism towards Brussels and its stands on the rule of law, freedom of media and justice at home has actually contributed to an overall slowing down of the enlargement process, as the more cautious EU member states want to avoid a case like Hungary in the future. Orbán’s policy of supporting the Western Balkan states’ EU accession on one hand, but
alienating Brussels on the other could be perceived as a contracting one“, Policy brief said.