The WB2EU 2nd Ideas go public Lab will serve the purpose to discuss Eurosceptic and illiberal alliance in the region, to have an intensive debate about rule of law and justice and EU enlargement, to present Policy Briefs of project phase I Rule of law and justice and to discuss the Policy Briefs of phase II Social dimension and to have an exchange with political stakeholders and further establish academia-policy-politics alliance around the project.

For a long time, the Central and East European new member states such as Slovenia were a symbol of successful Europeanisation and of the strength of the enlargement policy as the most important foreign policy tool of the European Union. In the last decade, they have taken a central role in the divide over fundamental norms and rules such as independent judiciary, media and civil society, thus ultimately playing in favour of the enlargement fatigue in the Western Europe.

The public debate will among others address the following questions:

In Cooperation with the University of Ljubljana, Faculty of Social Sciences and the Europe for Citizens project Tackling Illiberal/Eurosceptic Narratives from Below:

In Cooperation with the University of Ljubljana, Faculty of Social Sciences and the Europe for Citizens project Tackling Illiberal/Eurosceptic Narratives from Below: 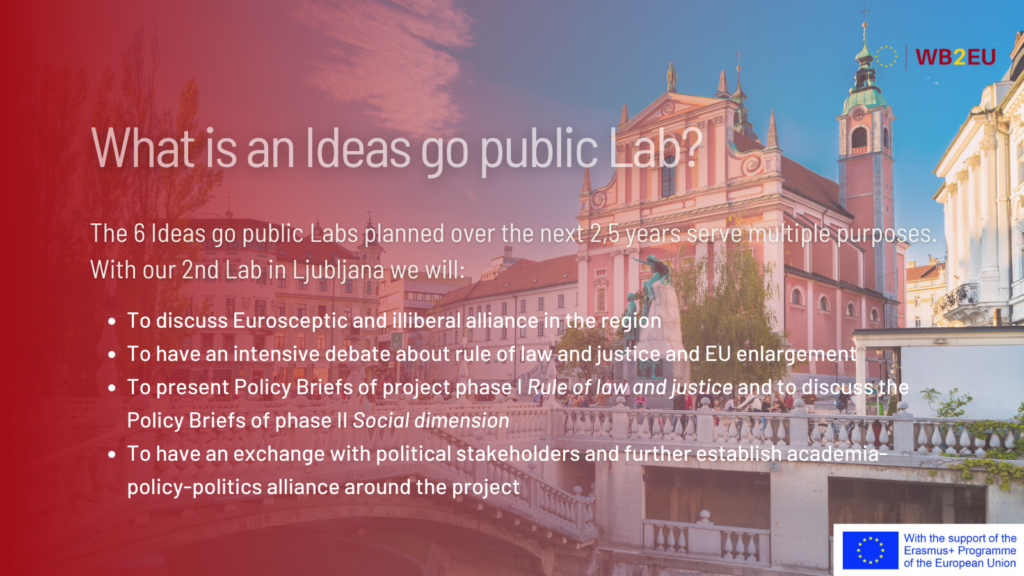